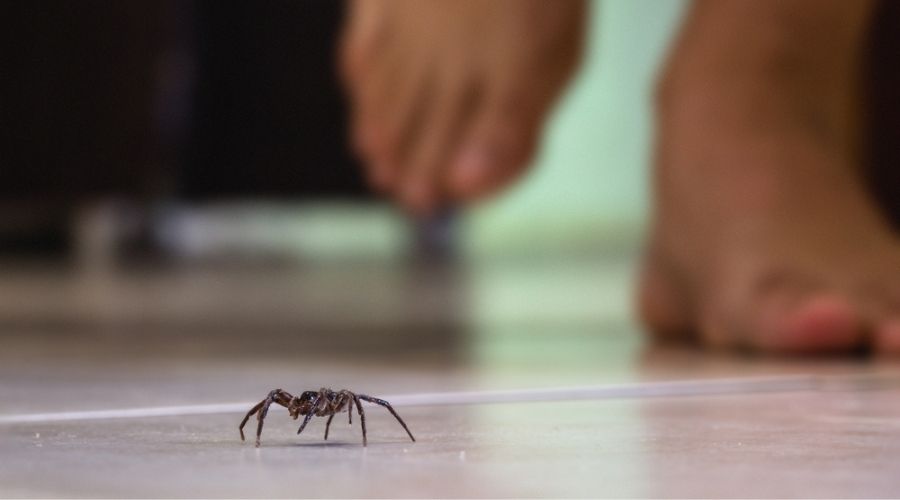 The question of whether or not spiders are nocturnal isn’t as straightforward as a yes or no. Instead, some spiders are more active at night while others are diurnal (daytime active). Most spiders have bad vision and therefore move around by sensing vibrations. In fact, that’s how they know when something landed in their web. And the vast majority of spiders are more active at night (nocturnal). Some spiders have even moved from nocturnal to diurnal over their evolutionary years.

Which Spiders Are Active At Night?

There are more than 48,000 species of spiders and almost all of them are venomous but unable to actually hurt a human. Here are some of the most common spiders in North America which are fully nocturnal:

Orb Weaver: The Orb Weaver is a nocturnal spider that’s very active at night. They build their nests and feed at night and some even tear down their nests in the morning. Orb Weaver spiders are not hunters so they sit in their nest, off to the side, and wait until they feel the vibration of prey trapped in the web. Orb weavers are not poisonous to humans.

Black Widow: Black widow spiders are nocturnal and often put their nests in out of the way places where they’re not likely to be disturbed. They don’t like to wander into your house because they prefer to be close to their food sources. However, you may occasionally find them indoors. Garages are also very popular places for black widows to set up homes. Black widows are poisonous to humans. However, they don’t hunt for prey and only bite people when they are disturbed. Most people will find the bite to be very painful but will not require hospitalization. That being said, children and the elderly are at risk for greater complications.

Brown Recluse: The brown recluse is another venomous North American spider that’s only active at night. However, most of these spiders are not likely to bite humans. They prefer to set up their homes in dark, out of the way areas and only bite humans as a defense response. It’s also worth noting that their fangs are too small to pierce clothing.

Wolf Spider:  Wolf spiders set up burrows instead of webs and then hunt for their prey. Their diet consists of insects and small spiders that they can overpower. You might find them hunting in the early morning hours but they’re much more active at night.

Why Do I See Spiders During The Day Then?

When you see a spider during the day, take note of the time. Many spiders are active in the early morning hours and others begin making their webs as the sun is going down. You may also notice spiders in your house during the day. This is either because you have a diurnal spider or because it’s either running away from something or trying to get back to its nest.

If you notice spiders, day or night, in or around your house, it’s a good idea to call a pest control company to perform a general pest service. They’ll be able to put barriers in place to keep spiders out of your house as well as kill any that might be inside. And if you need pest control in Baytown, Texas, call Big Dave’s!

Do You Swallow Spiders In Your Sleep?

Fortunately, this is a total myth and has been disproven…Whew!!! Check out this entertaining video testing the theory: