What Do Mice And Rats Eat? Here’s Everything You Need To Know 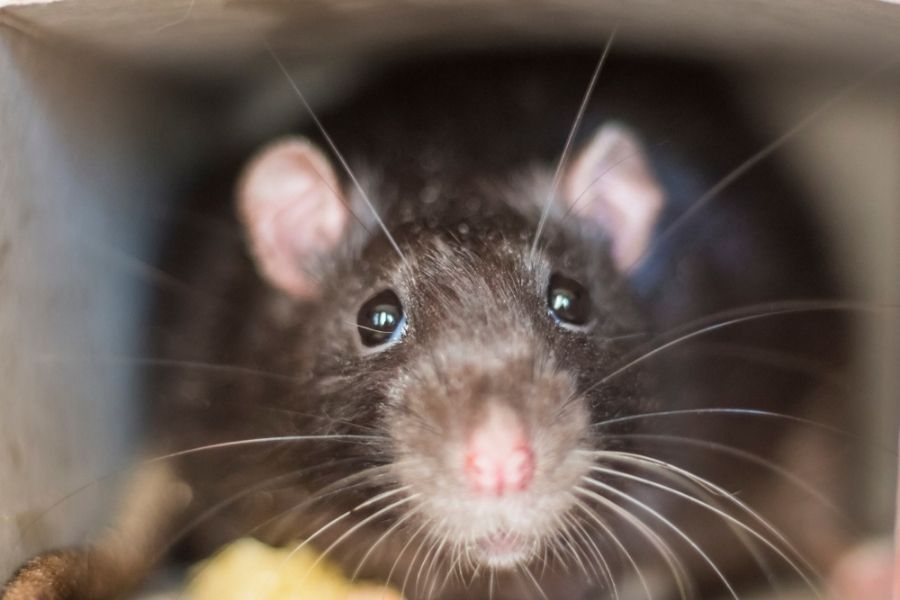 Mice and rats have a long history of adapting to different habitats and diets. In a study published by Front Syst Neurosci, scientists discovered that mice have neural mechanisms that allow for adaptive decision-making. Unfortunately, this is partly why those in the rodent kingdom are such common pests in households.

Mice are smaller than rats and tend to be bolder in exploring new environments. On the other hand, rats are meticulous with sticking to a single, familiar path whenever the situation allows for it. Rats and mice are attracted to homes for warmth, shelter, and food.

Differences Between Mice and Rats

When people think of the differences between mice and rats, size usually comes to mind. That’s an important characterization, but there are many others too. Let’s take a look at them.

Difference in Size Between Rats and Mice

Mice range from 12 – 20 cm, whereas rats can be as long as 40 cm. That said, size alone isn’t a good indicator of whether you’re looking at a rat or mouse since young rats can look as large as a full-size mouse.

Naturally, mice weigh less than rats. Full-grown rats can reach 1 pound or more, whereas an adult mouse is usually about .7 ounces.

The Difference in Eating Habits

Rats consume far more food than mice to feed their larger bodies. They tend to favor protein-rich foods such as meat, cheese, fish, and pet food. On the other hand, mice prefer a healthier diet of fruit, vegetables, nuts, and grains.

That said, rats and mice are very adaptable—they’ll eat whatever they can get their paws on. In fact, mice will even eat their tail if they don’t have access to any other food.

Both mice and rats reproduce quickly in a short amount of time, although rats win the “rat race” when it comes to the number of babies they produce. Whereas mice begin mating at four weeks old and have upwards of 300 offspring in a year, rats begin reproducing by three months of age and birth up to 2,000 babies in a year.

As wild animals, rats prefer to burrow or make nests in walls and attics, depending on their breed. Mice like to build their nests beneath an area where it has easy access to food.

Coinciding with their size, rats have larger feces (up to 9 mm) with rounded ends. Mice droppings can be as small as 4 mm and have pointier ends. Pest control companies are experts in identifying droppings to know whether you have a mice or rat infestation.

Attractive Foods for Mice and Rats

Here’s a fact to share with your friends: rats have a stomach size of up to 267 grams. In fact, a rat’s stomach is about half the size of your thumb! Mice’s stomachs are far smaller, and they have a less voracious appetite compared to rats (although your damaged home may not agree).

As you can imagine, mice and rats vary drastically in their weight. A mouse’s weight ranges from 0.5 to 1 ounce, whereas rats weigh up to 16 ounces and above.

You likely don’t need us to tell you that house mice and rats have a wide-ranging diet. However, you might be wondering: what kinds of foods attract mice and rats? Below are some of the most common mice and rat-friendly foods.

Mice and rats have an expensive taste of their favorite food source—they love fruits, especially raspberries and blackberries. Apples and pears are also a go-to meal for them. They love the sweet smell of rotting fruit just as much as the fresh stuff, so take care when throwing away fruit scraps.

A high source of protein, rats and mice love to lap up this energy-dense food. They aren’t picky about the type of nut; anything from peanuts to hazelnuts will satisfy them.

It may not be their first choice, but mice and rats eat grass, twigs, and bark. Rats tend to go for larger plants, and mice stick with smaller ones.

From oats to sunflower seeds, rats and mice love eating seeds from your bird feeders and bags of feed you may have sitting around a barn. Grains and seeds are among the most natural kinds of foods for them.

Rats are bigger meat eaters than mice. They don’t discriminate on cut or style—a rotten piece of liver makes them just as happy as fresh filet mignon.

It’s no secret that rats and mice love eating items out of the trash bin. It’s an opportunity for them to enjoy a wide range of nutrient-rich nibbles of bread, cheese, meat, and desserts.

Mice and rats are more than happy to share Fido’s food. They’ll even eat fish, food, and hay for livestock.

Non-edible items like clothes made from animals, including leather, are all tasty treats for rats and mice if there isn’t anything better around to eat.

Like humans, rats and mice love their salt and sugar. They’ll eat everything from chocolate to gumdrops.

Phew! It seems like there’s nothing that mice and rats don’t eat—except, perhaps, pesky insects like mosquitoes.

Rats and mice can cause an array of costly damages to your belongings. In fact, researchers believe that rats and mice eat or contaminate a minimum of 20% of the world’s food every year.

Some of the most common issues with rat and mice infestations include:

Because of how difficult it can be to manage rats and mice, you may need to seek the support of a pest control specialist. They’ll be able to eliminate the current situation and inspect the sources of food attracting these rodents. They can also walk around your yard to identify holes that they may be entering your home from.

How to Get Rid of Rodents

If you’ve found out that you have a mouse or rat infestation in your Texas home, you surely want to know the quickest way to get rid of them. Below are some rodent control techniques.

An electronic trap will make animal activists queasy, but there’s no doubt about it—the high-voltage shock kills mice and rats on the spot quickly.

For all those who cringed at the electronic trap, a live trap will capture mice and rats in your home without injuring them. Once caught, you can release them in the outdoors, far from your home.

Rodenticides offer a kind of feast for mice and rats before the lethal bait kills them. An attractive smell will bring them to the bait, and then they’ll gnaw until they consume enough poison that kills them.

Mice and rats hate minty smells. So, scent repellents repel these rodents from entering your home by taking advantage of just about the only item they don’t want to chew. Finally, you can reach out to a pest control services company for professional support with eliminating the mice and rats in your home.