Winter Is Prime Time For Mice In Baytown, TX 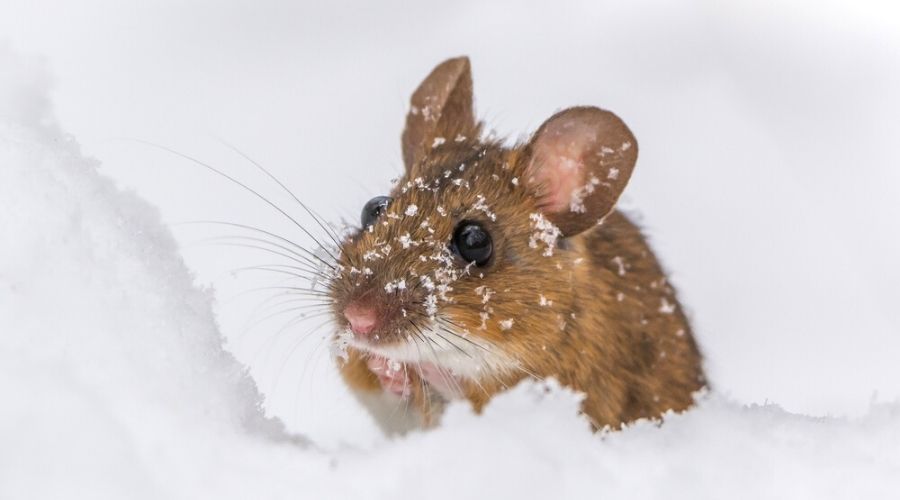 We usually associate destructive pests with summer, but it doesn’t mean that they go away completely during winter. Rodents work to find their way inside your Texas home during the colder seasons— believe it or not, they want to get warm and cozy, too! While most of us want to lay low and stay indoors due to the cold temperature, rats and mice have to seek out food supplies and warm nesting spots. This is why you need to be alert for possible winter infestations. Even though it may not be snowing outside, they’re on the prowl when the temperatures drop.

Many people don’t realize the threat mice, rats, and other rodents bring to properties during the winter season. They look for food and shelter during the colder months, often entering structures through small holes and gaps. This means they can thrive right under our noses. The biggest concern here is that these pests can spread illnesses and cause serious property damages. They also carry fleas and ticks which can lead to secondary infestations and spread diseases.

While some mice prefer staying inside outdoor burrows, others seek warmer locations near an abundant food source. Your garage, walls, basement, and attics give them everything they need—it’s like they’ve found prime real estate.

Mice do not hibernate

Mice are active all year round, most especially during the colder months. They don’t hibernate and are not well-equipped for cold climates. This is why they continue moving around, looking for food, and good nesting spots. And because the winter season makes most outdoor options unbearable for mice, they start seeking out homes and building spaces.

Rats and mice usually stay outdoors where it’s warm, and the food source is plentiful. But, as the weather gets colder, food becomes scarce. Rodents prepare for this by gathering and storing as much as they can—they stockpile food to lessen the need to get out of their burrows. They gather food such as seeds, nuts, vegetables, and just about anything they can to prepare for the winter season. They also use cloth, feathers, and whatever is available to insulate their spaces.

Mice set up their nests

Mice want to rest and nest in warm areas during the cold season. They usually prefer to live far from human activity—but most of the time, they have no choice but to seek shelter in homes and businesses. Once they get indoors, they tend to build nests in dark areas like inside cabinets, storage boxes, and closets. Make sure to watch out for any droppings and chew marks around your home!

Dangers Of Mice And Rats

Rodents like rats and mice directly spread diseases and cause serious property damages. Accumulated feces from these rodents can contaminate food and trigger allergic reactions, making your home unsanitary. Even worse, when the fecal matter dries up, it becomes dangerous to inhale. Moreover, they can also carry ticks and fleas that can transmit secondary infections.

Rats and other rodents need to chew on various hard materials to keep their incisor teeth in check. Watch out for gnawing marks on furniture pieces, walls, and other things around your home. Chances are, you’ll see mangled bin bags, shredded cardboard, and other fibrous materials around. Mice usually chew on different items they consider as good nesting materials.

Rat-bite, a.k.a. Haverhill fever, may be transmitted through a simple scratch, bite, or even contact with a dead rat. You’ll see symptoms about a week and a half at the latest. This “fever” is actually a bacterial infection spreading across your body, and it’s fatal in 20% of cases.

People usually get salmonellosis by consuming water or food contaminated by rat feces bacteria. It normally goes away on its own, but you can take some probiotics like yogurt for the stomach cramps and diarrhea.

Hantavirus Pulmonary Syndrome is a viral illness transmitted by rice rats. A person can get it by inhaling dust contaminated with rat droppings, urine, or direct contact with rat waste. On rare occasions, you can also get infected by Hantavirus because of a rat bite.

This is a bacterial illness transmitted by coming into contact with infected water. It doesn’t matter whether you’re drinking it or swimming on it—make sure to get a check-up if you come into contact with unclean water like sewage or floods.

Mice, rats, and their parasites may carry several diseases, some of which are potentially deadly to humans.

This parasitic disease gets transmitted by sandflies that previously fed on wild woodrats. The bites cause skin sores, and the resulting symptoms depend on their location:

Domestic rats are the most common carriers of the bubonic plague— fleas transmit it after they take a blood meal. It’s the most common type of plague and has a 30 to 60% mortality rate if you don’t detect it early on. You’ll experience symptoms such as fever, exhaustion, head pain, and swollen lymph nodes. And in really bad cases, you will bleed.

Colorado Tick Fever is a viral disease transmitted by a tick after a blood meal from a bushy-tailed woodrat. It’s not life-threatening but can be quite an inconvenience. You’ll potentially experience symptoms such as chills, head and body pains, fever, and exhaustion.

Signs Of A Mouse Problem

Tips To Prevent Mice This Winter

If you live in Baytown, Texas and need pest control, call Big Dave. We service Baytown and the surrounding areas.